As Posted:  KP  MAY 9, 2020A NEW HOPE, ATTACK OF THE CLONES, EMPIRE STRIKES BACK, RETURN OF THE JEDI, REVENGE OF THE SITH, ROGUE ONE, SOLO, STAR WARS PANEL, STARWARSSATURDAY, STARWARSTOP10, THE FORCE AWAKENS, THE LAST JEDI, THE PHANTOM MENACE, THE RISE OF SKYWALKER

Welcome to Return of Star Wars Saturdays! A newly formed Star Wars Fan Panel – a group of big time Star Wars fans – has gathered to talk all things from a Galaxy Far Far Away!

On Saturdays we’ll share our thoughts on ranking anything and everything in the Star Wars galaxy! What makes us different? We vote with our hearts. Our lists are our top FAVORITE things about each Star Wars category. There are already enough critical lists, artistry lists, film making… yadda yadda… we are simply talking about our FAVORITES – as all fans do.

This week – 13 (a baker’s dozen!) of us take on the task of ranking all 11 of the Star Wars studio wide release films. Yes, we know it’s not a true Top 10 – but one extra seems right for our first post. Again, we voted for our favorites – not necessarily the ‘best’ as critics do. What’s fun for us? What makes us ‘feel’? Re-watchability, line quoting and so much more.

Our rankings are coming right up and then down below you can read my commentary on the whole list. It is our hope that this will spark a lively discussion in the comments and on social media. 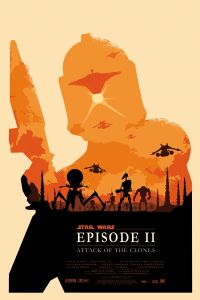 IMDB: Ten years after initially meeting, Anakin Skywalker shares a forbidden romance with Padmé Amidala, while Obi-Wan Kenobi investigates an assassination attempt on the senator and discovers a secret clone army crafted for the Jedi. 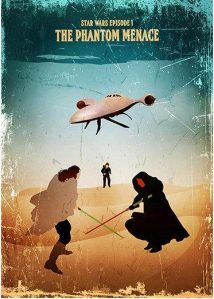 IMDB: Two Jedi escape a hostile blockade to find allies and come across a young boy who may bring balance to the Force, but the long dormant Sith resurface to claim their old glory. 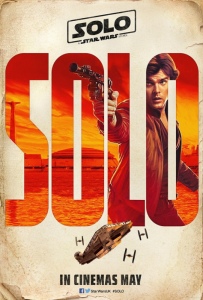 IMDB: During an adventure into the criminal underworld, Han Solo meets his future co-pilot Chewbacca and encounters Lando Calrissian years before joining the Rebellion. 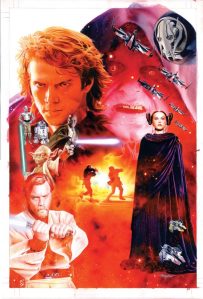 IMDB: Three years into the Clone Wars, the Jedi rescue Palpatine from Count Dooku. As Obi-Wan pursues a new threat, Anakin acts as a double agent between the Jedi Council and Palpatine and is lured into a sinister plan to rule the galaxy. 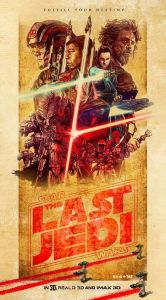 IMDB: Rey develops her newly discovered abilities with the guidance of Luke Skywalker, who is unsettled by the strength of her powers. Meanwhile, the Resistance prepares for battle with the First Order. 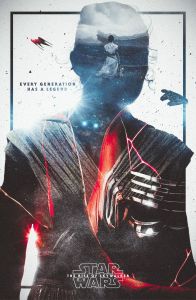 IMDB: The surviving members of the resistance face the First Order once again, and the legendary conflict between the Jedi and the Sith reaches its peak bringing the Skywalker saga to its end. 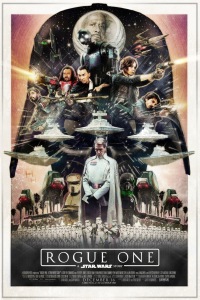 IMDB: The daughter of an Imperial scientist joins the Rebel Alliance in a risky move to steal the Death Star plans. 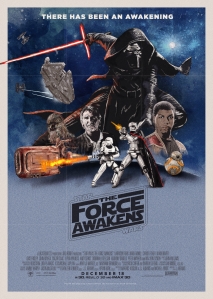 IMDB: Three decades after the Empire’s defeat, a new threat arises in the militant First Order. Defected stormtrooper Finn and the scavenger Rey are caught up in the Resistance’s search for the missing Luke Skywalker. 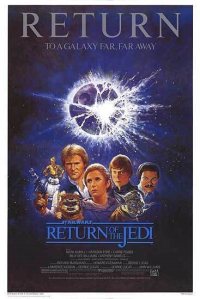 IMDB: After a daring mission to rescue Han Solo from Jabba the Hutt, the Rebels dispatch to Endor to destroy the second Death Star. Meanwhile, Luke struggles to help Darth Vader back from the dark side without falling into the Emperor’s trap. 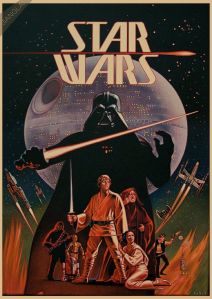 IMDB: Luke Skywalker joins forces with a Jedi Knight, a cocky pilot, a Wookiee and two droids to save the galaxy from the Empire’s world-destroying battle station, while also attempting to rescue Princess Leia from the mysterious Darth Vader. 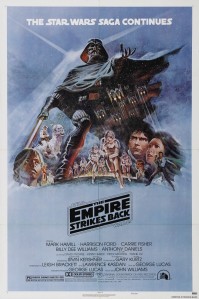 IMDB: After the Rebels are brutally overpowered by the Empire on the ice planet Hoth, Luke Skywalker begins Jedi training with Yoda, while his friends are pursued by Darth Vader and a bounty hunter named Boba Fett all over the galaxy.

There we have it – our Top  11 Star Wars movies – ranked according to our favorites.

Time for me to pull this data apart a bit and see what we have here.

The first thing that is VERY clear – everyone’s got an opinion – and even amongst Star Wars fans, they don’t necessarily match!

Look at Rogue One – it has a first place vote and a NEXT TO LAST place vote. The polarizing Last Jedi has two second place votes and FOUR last place votes. It really is each to his or her own, isn’t it?

Nostalgia seems to play a big part of any Star Wars voting. For some of us older folks, it’s the original trilogy all the way. For others they let in a Star Wars Story to the top 3.

The Originals: We love Empire and agree with the critics here. However, it wasn’t a runaway. Just about half the group voted it #1, but the rest had something else as their favorite. A New Hope ALMOST caught Empire, trailing by only 0.54 points! Return of the Jedi is a favorite, but not nearly as strong as the other two original episodes.

The Prequels: Yeah, we still dump on these movies – but with the Disney era films now behind us, people are looking back at the prequels with a bit more fondness. They still fall into the bottom third of our poll, but the scores aren’t that bad. Revenge of the Sith is most liked of the prequels not receiving one last place vote, however it’s surprising to see Phantom Menace receive the highest vote of the three with a 4th place vote on its line. Maybe we should just replace Attack of the Clones with The Clone Wars series and go from there…

The Disney Trilogy: Star Wars fans were quite satisfied with The Force Awakens when JJ gifted us all with the newest Star Wars movie in our lives, in 2015. We were pumped for the rest of the Rey, Poe and Kylo trilogy. Then Last Jedi and Rian Johnson started a civil war like we haven’t seen since Order 66. Die hard Star Wars fans were turning in their fan cards and walking away in disgust. However – Last Jedi scored two SECOND place votes here in our panel. I won’t name names to protect them, but the debate shall be coming, I’m sure! Rise of Skywalker is still trying to sink in with fans and has had the least amount of time in our memories (coming to Disney+ just this past week). The votes for Skywalker are all over the map ranging from 10th to 5th and all the spots in between. The Disney movies seem to be the cilantro of the SW Universe – either you like it or you don’t – there’s not a lot of in between.

The Star Wars Stories: Both Rogue One and Solo are hit and miss with many Star Wars fans. Solo got as high as 5th and did get two LAST place votes while, as I said earlier, Rogue One has a first place vote AND a 10th place vote. These movies sidle alongside the Skywalker Saga but maybe don’t have the same roots that the Saga has. Rogue One surprises me in 5th place on this list. I’ll admit – I’m the voter who put it in 10th place. If the movie was just the 2 minutes of Vader going insane with his lightsaber maybe I’d have put it higher, but I just never got “in” to the movie (and I’ve sat through it 3 times). Solo had GIANT shoes to fill because of how engrained Harrison Ford is with the character. Maybe that led to many fans thing it was ‘just ok’.

I look forward to a debate on our rankings and a deeper dive into why certain movies got some of the votes they did. We’ll be watching the comments and this conversation can keep going!

What’s your order? Is Empire your #1? Solo or Rogue One? Do you hate Attack of the Clones as much as everyone? How do you feel about cilantro?

Hit the comments and let us know. Or head over to social media and hit us up there, too!

On behalf of the Star Wars Fan Panel, thank you for reading and we’ll see you next time for another Star Wars Saturday.